Heather writes and story edits youth television shows. She excels at plotting wacky adventures with heart, and pitching fresh ideas even when a series is on episode one bazillion.

Heather thrives under the challenge of keeping dozens of branches straight without losing sight of the story goal or players’ expectations. The chaos feeds her creativity.

Heather writes action-packed fantasies, epic spec fic, and scary mysteries. She’s intrigued by characters who do bad things and the unlikely heroes who set out to stop them. 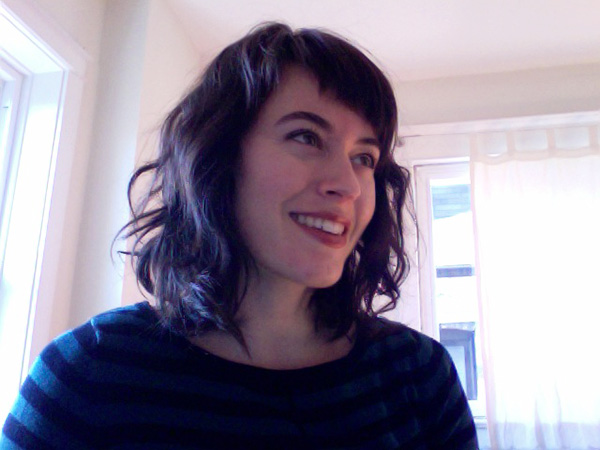 After many years writing television shows for kids and teens that air all over the world (Cartoon Network, Disney, Netflix, etc), she began working as a writer and story editor on Bloom Digital Media’s first game, the award-winning LGBTQ+ visual novel LONGSTORY. Heather went on to write more episodic mobile games for Jam City and Glu Mobile, and was the Lead Writer on ZenFri’s narrative VR game THE LAST TAXI (coming 2021). She then returned to Bloom Digital as the Narrative Designer of the company’s second visual novel, LATER DATERS. Currently, Heather is collaborating with Bloom on two new games, and writing an interactive horror novel. She promises not to get the slasher horror and dating sims mixed up.

When she’s not writing screenplays or games, Heather blogs about cycling the world on a folding bike at bromptoning.com. She also coaches the Trampoline Club at Ryerson University.

Heather is a member of the Writers Guild of Canada.

“His noble quest gone terribly wrong, Captain Flamingo does the only thing a hero can do in this situation – freak out!”

“In Splittsboro, Valentine’s Day is a day of war! A day when you blow things up, hold people in headlocks and eat knuckle sandwiches. A day when you super fight to win the love of that girl who doesn’t even like you.”

I’m not a drug dealer; I’m a dreamer. It’s a means to a beginning.

The crumbling gothic church looms large before me, black spires poking the sky like a hundred pitchforks hunting for angels.

Nora: "Did you tell Principal Chevy the truth?" Player: "Yeah, but it’s their word against mine. And Chevy thinks they’re magically perfect half-unicorn people." Nora: "Who fart sunshine and rainbow-colored sprinkles?" Player: "Haha! Exactly. But I did learn something..."

I'd rather die than get stuck in this shithole town, so I follow the murderer into the woods.